We arrived back in Bangkok on Monday after a fantastic week in Chiang Mai.

After a day of schooling and getting our bearings in this hot and crazy capital, we decided to head over to the Grand Palace.

We had heard it was very busy, especially during Thailands year of mourning, so we set off straight after breakfast! We jumped in a cab outside our Airbnb and turned the corner straight into Bangkok traffic! 😐 Thankfully we didn’t mind too much and slowly made our way across town in a cool air conditioned car, it was already 30 degrees outside and set to be a scorcher of a day!

When we arrived at the palace we realised just what “busy” meant, there were literally thousands of people milling around, many in huge tour groups following tour guides with flags!

We quickly dashed through the complex entrance, we had read online about the very strict dress code and had come prepared so no need to visit the many bazaars selling long elephant trousers and tops outside the gate!

After security checks we were through and into the large grounds of the palace. The heat of the sun was so intense we walked along the paths finding shade where we could! After about 10 minutes walking we reached the ticket office for the glittering palace and bought tickets and made our way through the second set of security with the thousands of others!

I must admit at this point I was starting to think, boys this is so busy and so hot, I hope it’s worth all this effort!

Well I needn’t have worried what a spectacle of glittering mosaics! It was absolutely dazzling! Such beautiful architecture and intricate details, one building after another, after another! I don’t think there was a spare spot anywhere for any more mirrored jewels! I really don’t think I’ve seen anything like it!

We nipped in and out of the many adorned buildings and found shelter from the sun where we could! Thankfully there were a couple of electric fans around to create a slight breeze, and a kind security guard even let us into the Thai only section inside the Wat Phra Kaew temple to see the Emerald Buddha. I think he took pitty on my flushed white haired children! 😂

After battling the crowds we decided to head back out to the street, jumped into the first tuk tuk and sped off to the nearby Wat Pho, the Temple of the Reclining Buddha. Here was a much more relaxing complex, with a handful of visitors! The buildings were again all beautifully decorated and we began firstly with visiting the famous 46 metre long golden Buddha enshrined in a richly decorated temple. The girls then enjoyed dropping coins into the blessing pots, before some leisurely strolling around the different courtyards and temples all full of golden Buddhas. A beautiful place.

Afterwards our feet were tired and we were all feeling hot and sticky so we hailed the first cab back home for a cooling dip in the pool! 😅 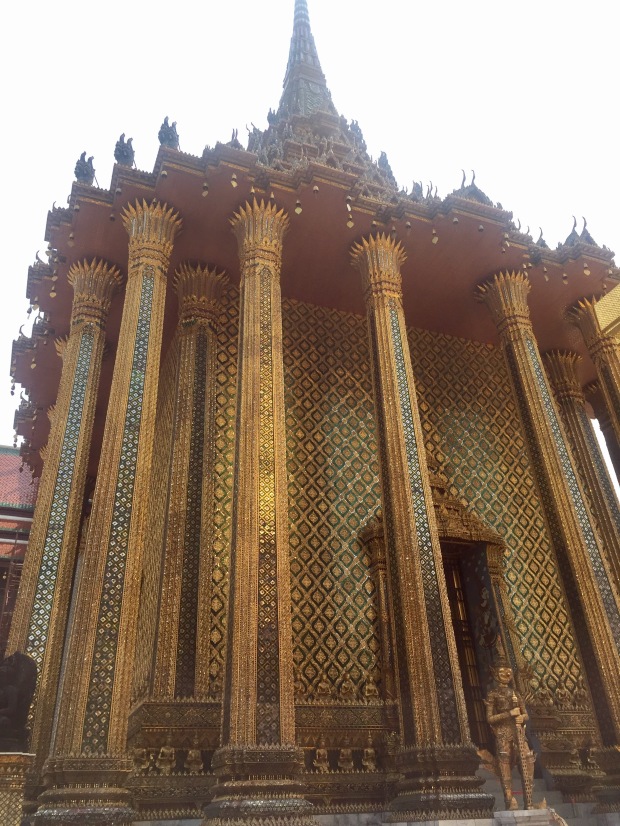 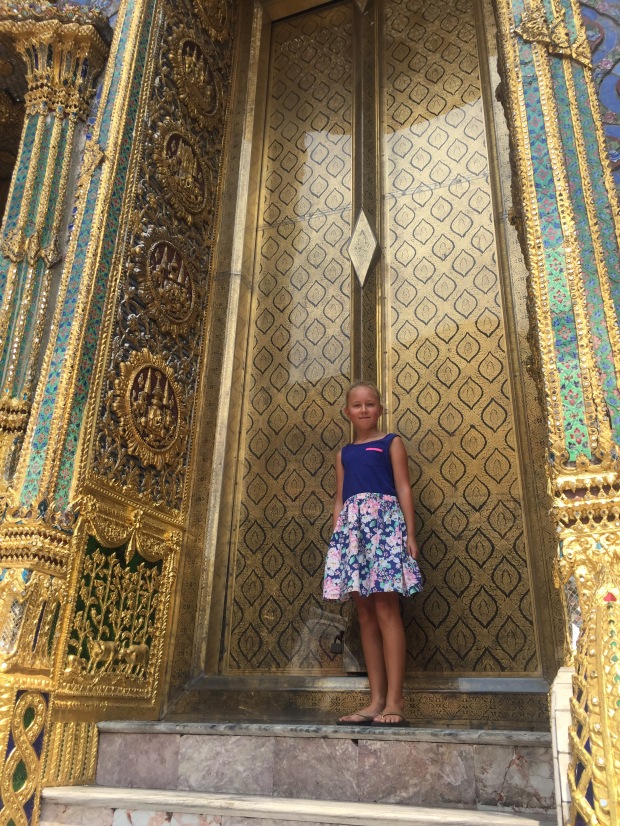 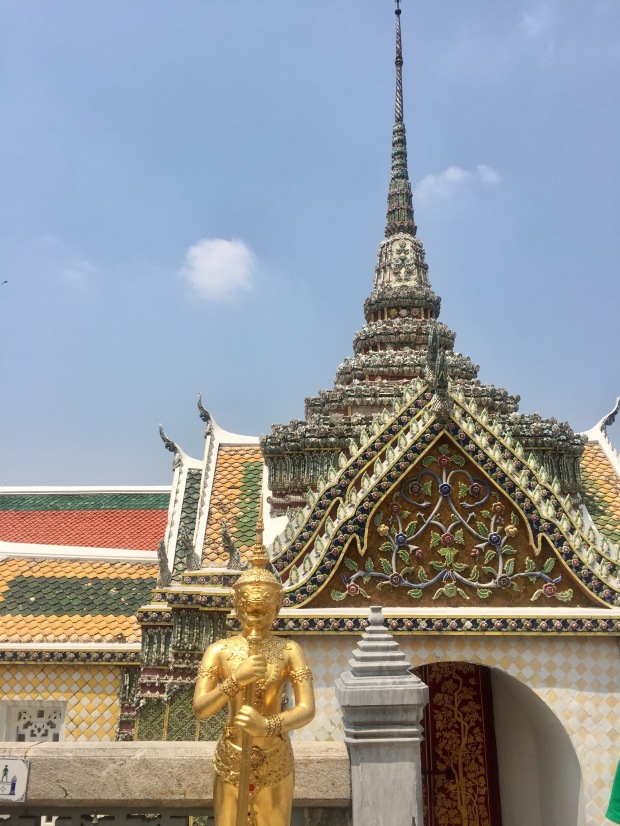 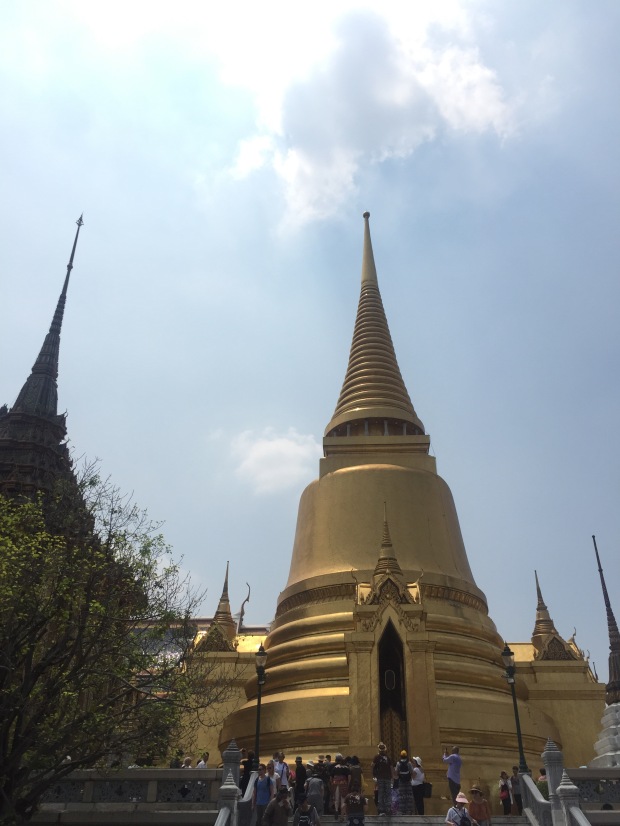 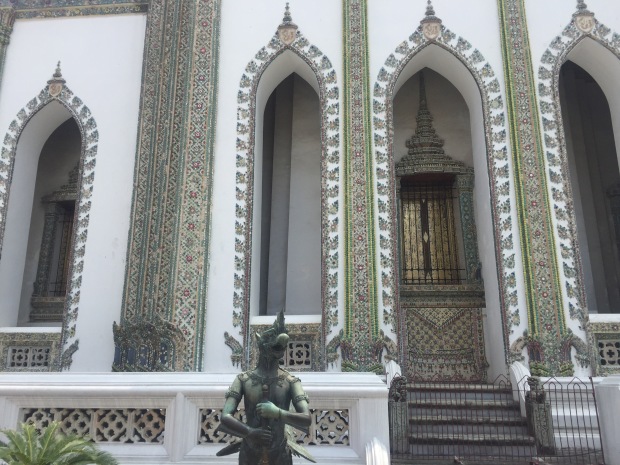 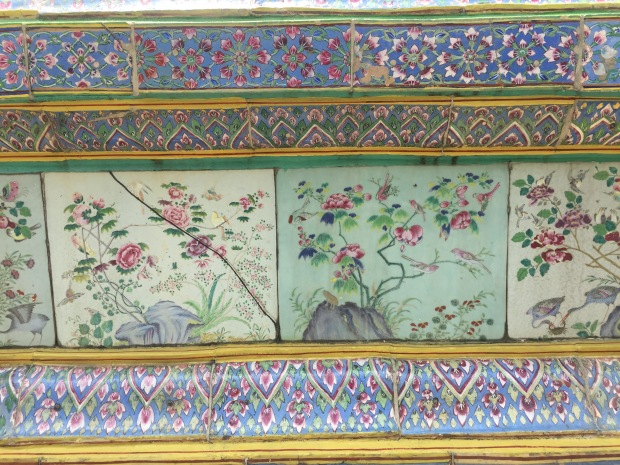 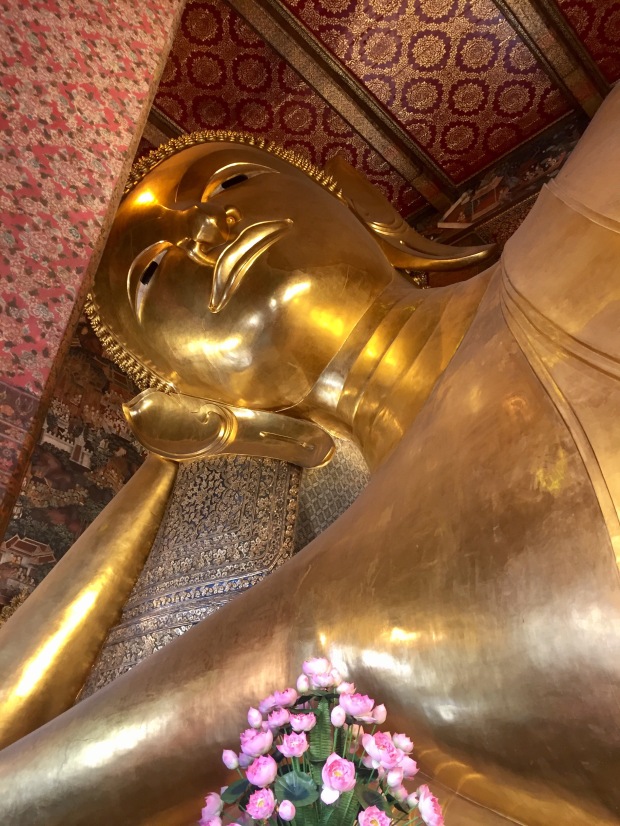 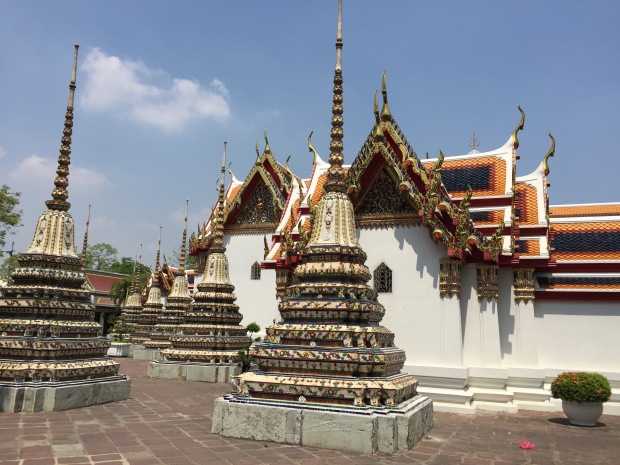 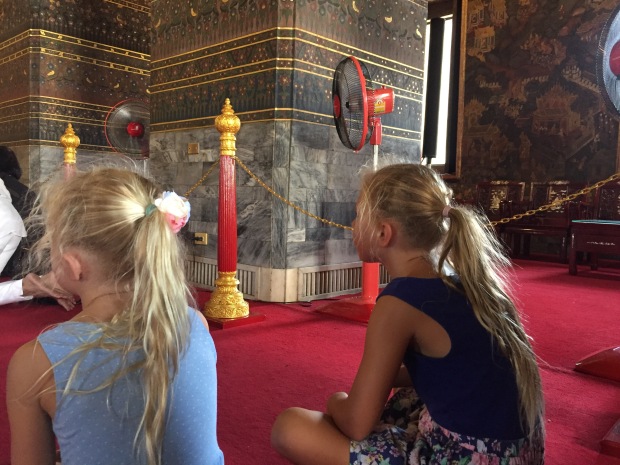 One thought on “Bangkok, the Grand Palace and Wat Pho”