So after a crazy few weeks and a mad rush to get to New Zealand in time for Christmas, I’ve taken some time off posting to enjoy some time with everyone. So I now have quite some catching up to do so here goes!

After a few lovely days in Auckland we drove up north to our home for Christmas arriving on 23rd December. My parents and sister are here from the Uk, my brother and sister in law from Austrailia so we set to work creating a kiwi Christmas! Molly and I managed to create a Christmas tree from paper chains, Christmas music was on, small presents were being wrapped and the girls were doing little Christmas crafts my mum had brought from the U.K.

On Christmas Eve we did our food shop (surprisingly not at all busy) before heading out to the nearby Waipu glow worms caves. We drove up through the beautiful rolling hills and parked up in the nearby grassy field. We pulled on our jumpers and trainers and followed the little path down to the cave entrance. It was pretty dark and we had to climb our way in, making our way along and over the underground streams, tricky with one hand holding a child and the other holding my phone up for light! (Head torches would have been helpful!) When we got deep enough into the cave and all switched our phones off, wow above us was a galaxy of glow worms! Spectacular all glowing away! We could get pretty close to them on some of the lower rocks and by switching our lights on/off we could work out where the little worms were and see them in light also. A bit of Christmas Eve magic!

We then spent the remainder of the day getting a BBQ ready (had to be done!) and watching Christmas movies and catching up. All very chilled.

Christmas Day was a slow and lovely day. The girls were excited that Father Christmas had found them in New Zealand and excitedly opened their little stocking presents, and a couple of family gifts. Molly a set of pan pipes, and Daisy a gorgeous inca dolly from Peru. They’ve been hidden in the bottom of my travel bag and it was such a relief to get them out undiscovered.

We enjoyed a delicious roast lamb for dinner expertly cooked by our two chefs, my mum and Den. We even had mince pies, Christmas pudding and lots of hokey pokey ice cream for the girls! There were a few dips in the pool, board games and generally lots of laziness! Perfect!

The last two days have been spent exploring northland. New Zealand is a country full of hundreds of hidden bays and glorious beaches, some backed by cliffs, others with rolling green hills, all stunning in their own way. We drove up to the 90 mile beach on the top western coast, fine white sand stretched out further than you could see up to Cape Reinga. The sand there is quite compact and there were 4x4s packed full with families driving along the sand to find their own deserted area further along. On the way back we drove through the maungataniwha forest range, a winding and twisting road through dense woodland filled with tropical fauna and the huge kauri trees.

New Zealand is also home to many beautiful waterfalls, so far we have only visited the Rainbow Falls near Kerikeri, a single drop waterfall with a large cave behind. There were lots of wooden walkways so you could see the falls at different angles and a large pool at the bottom where you could probably swim, we weren’t that brave!

Yesterday we took a boat trip out into the bay of islands, so far my favourite trip! The bay has over 140 subtropical islands, most with many secluded bays and soft white sandy beaches. The water was crystal clear and twinkling and the girls loved it when we stopped to see some little blue penguins swimming about.

We stopped at the island where Captain James Cook anchored up The Endevour and first rowed ashore. Our guide Adam told us the historical story of how he was met by the angry Maouri tribes with spears and aggression, and how he came to a mutual understanding with the tribe leader after some fighting. All so fascinating and amazing to be able to following in his footsteps and climb out of the boat walking up the sandy beach as he had done back in 1796.

The afternoon was spent on our own semi private beach, exploring the rock pools for hidden treasures, paddle boarding and making sand mermaids! A perfect day! 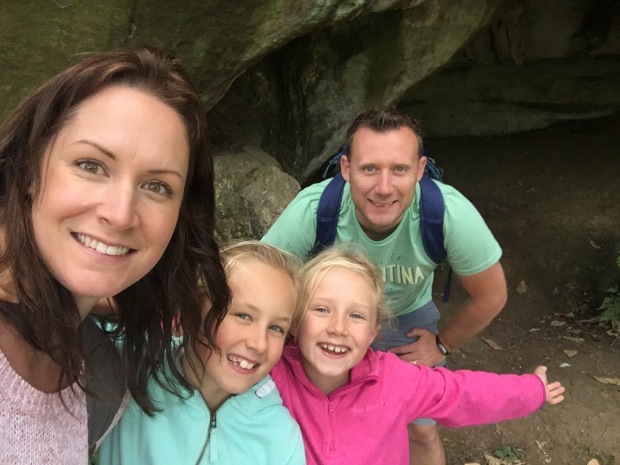 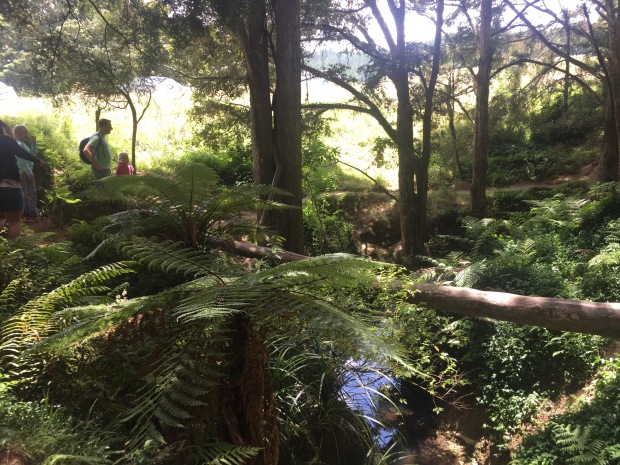 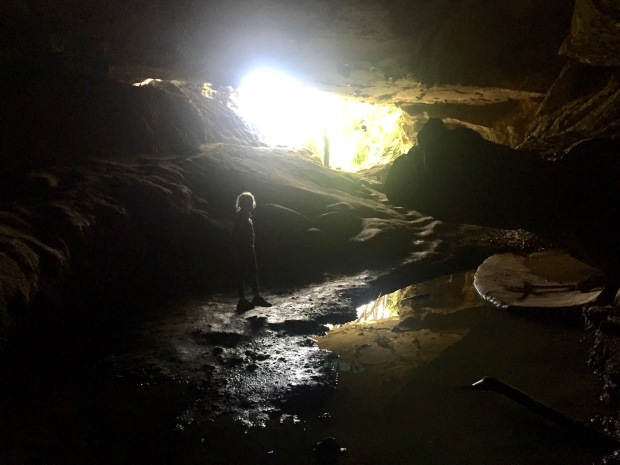 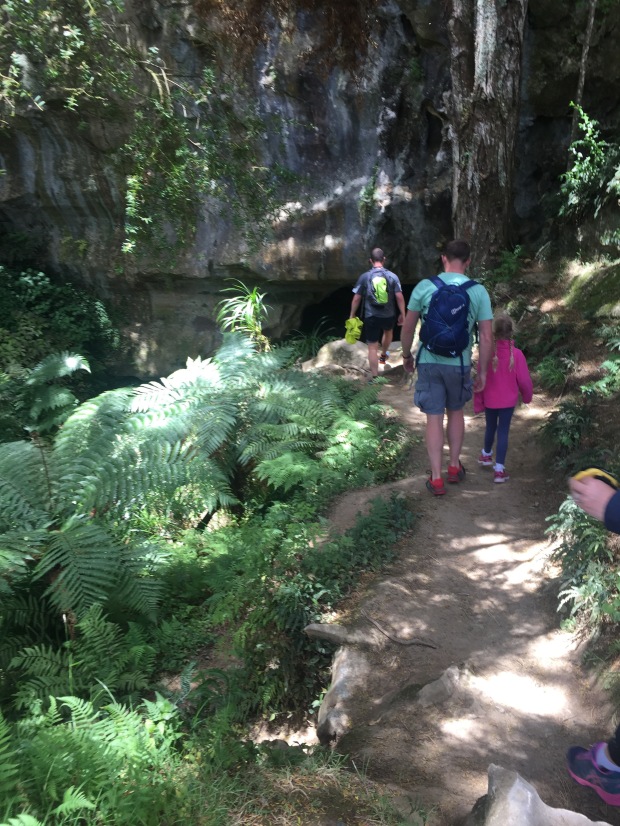 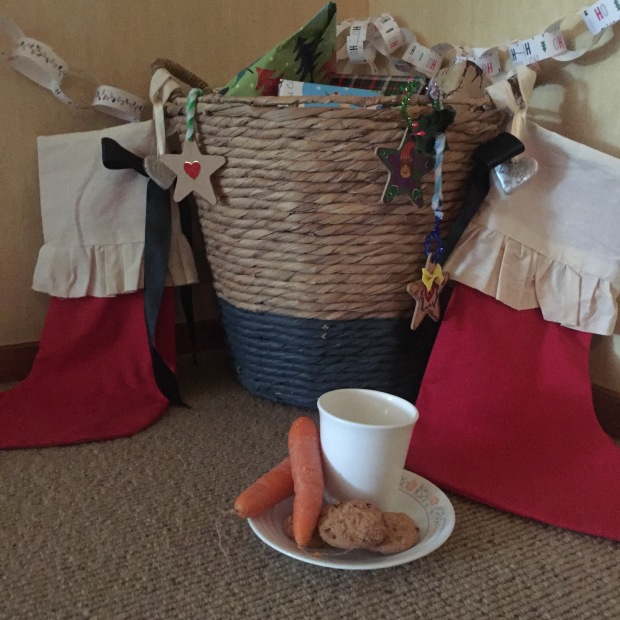 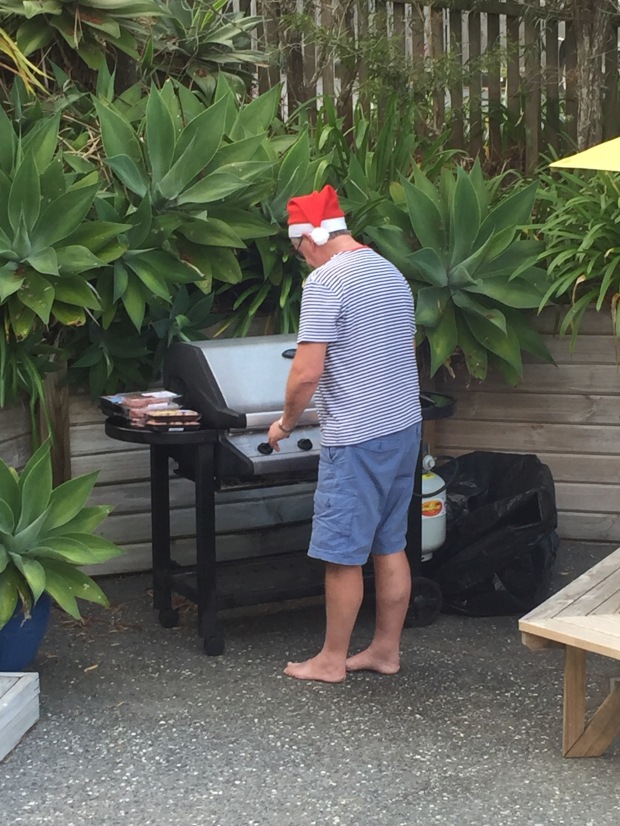 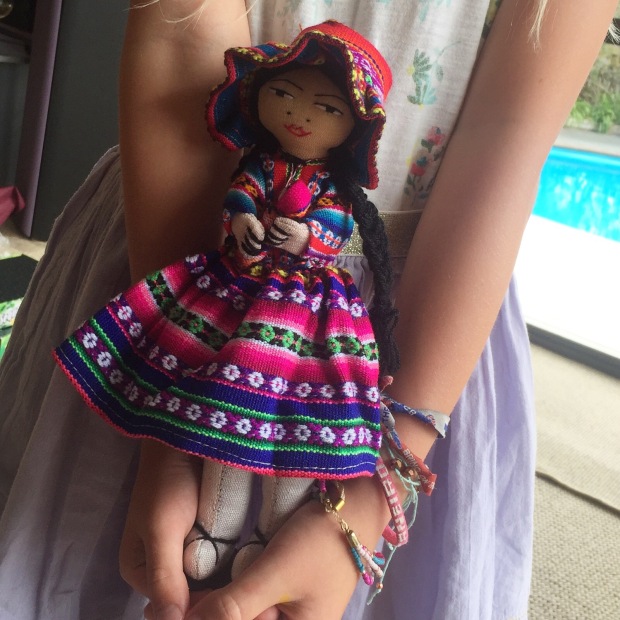 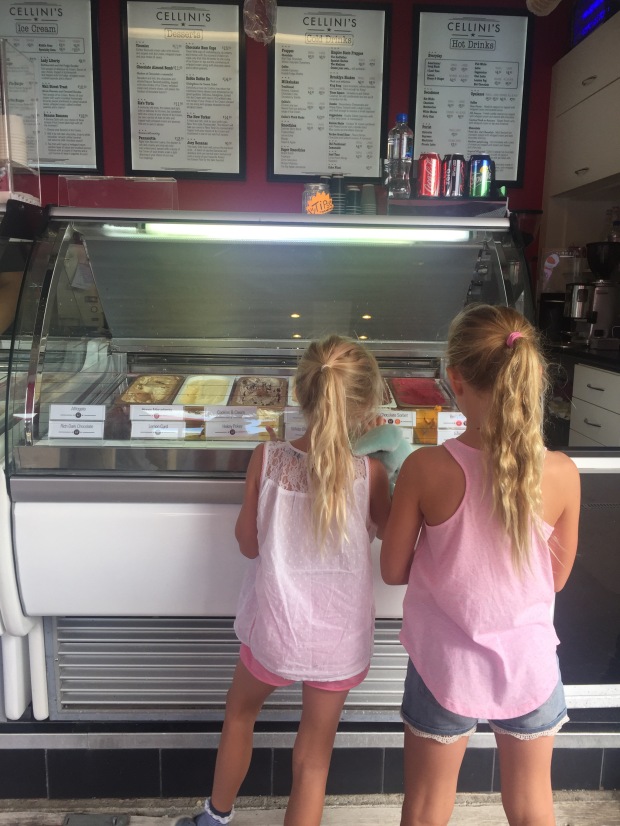 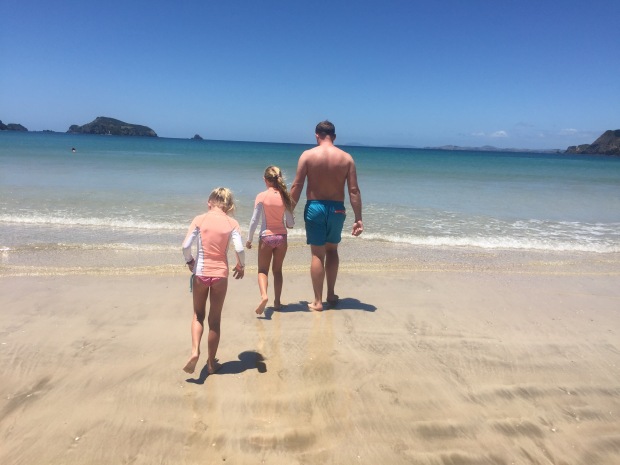 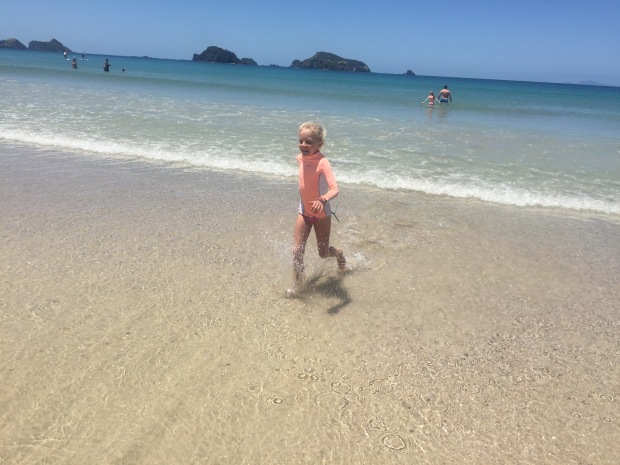 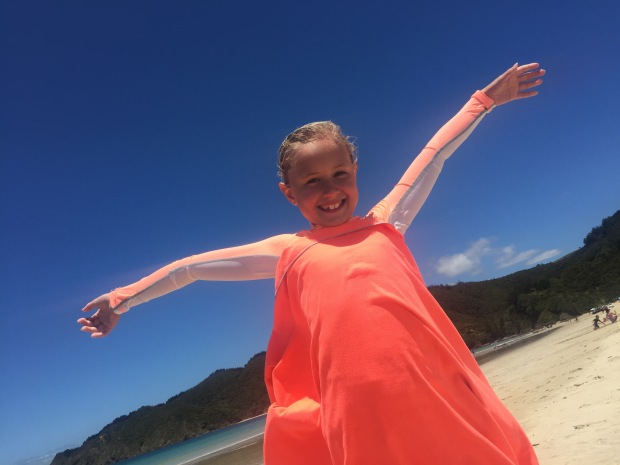 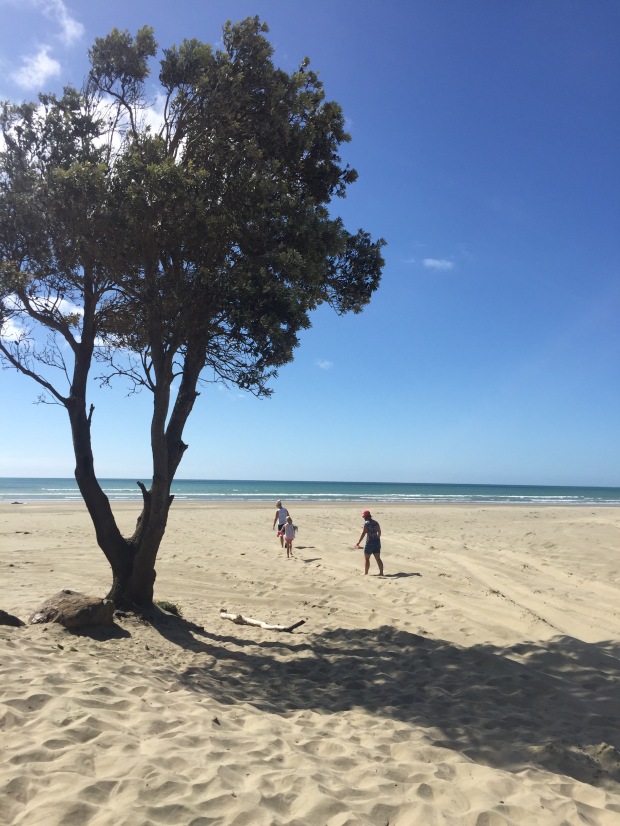 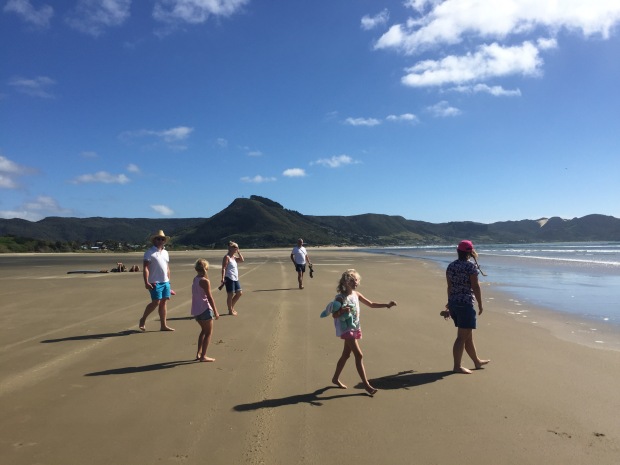 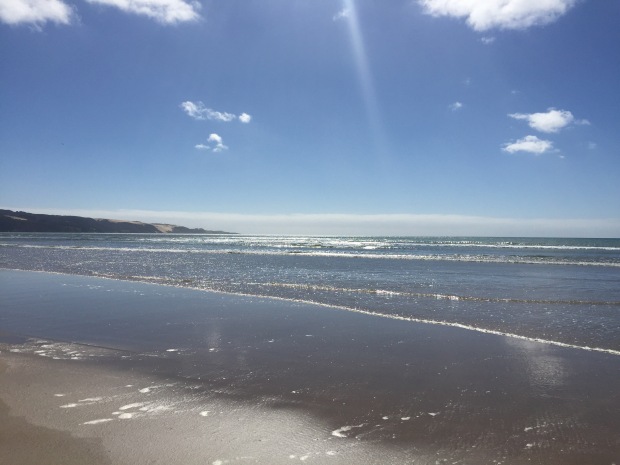 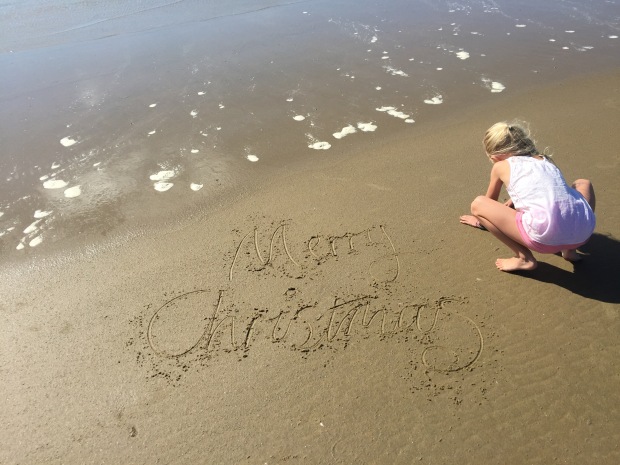 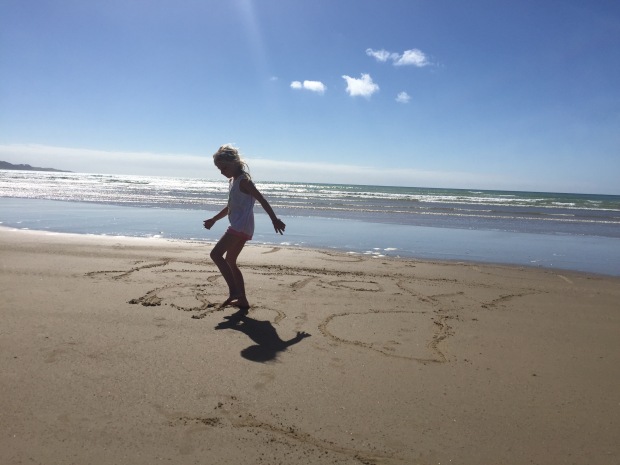 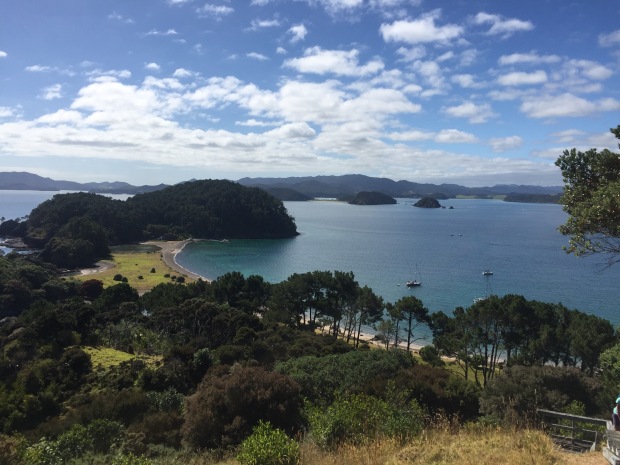 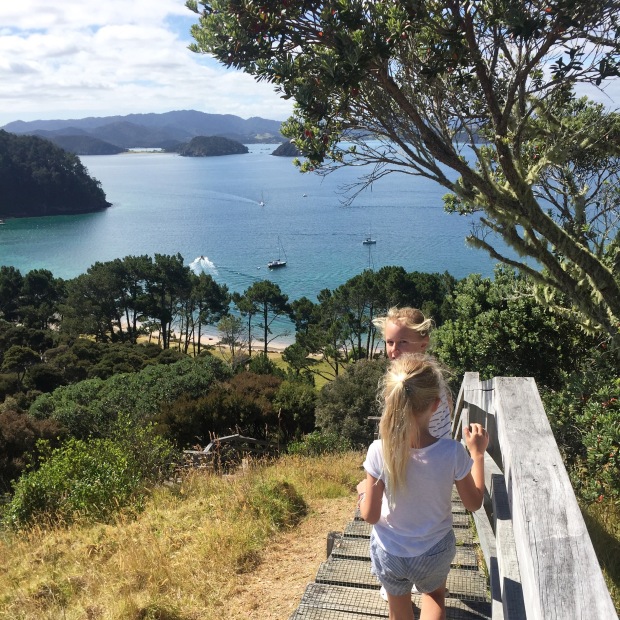 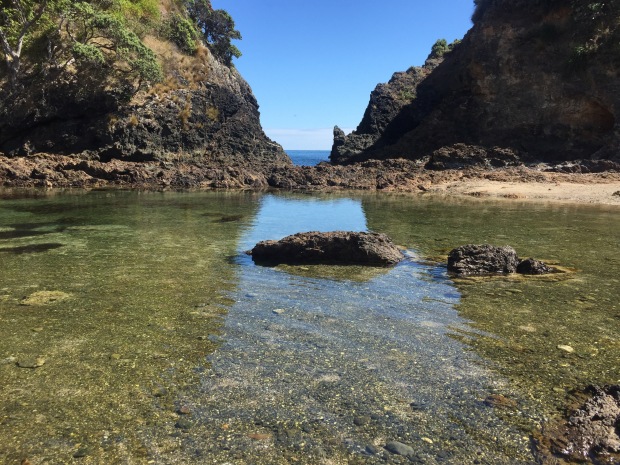 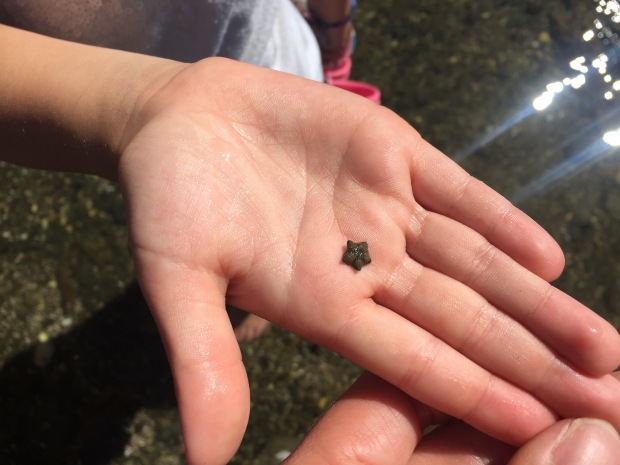 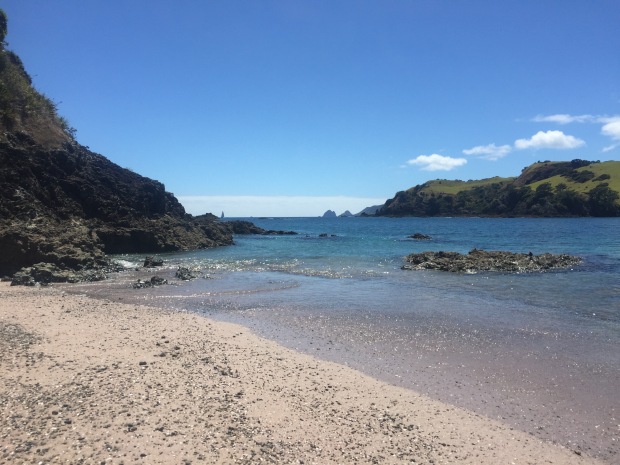 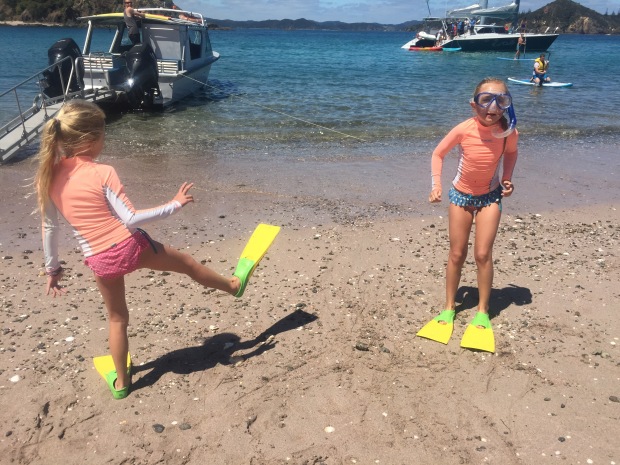 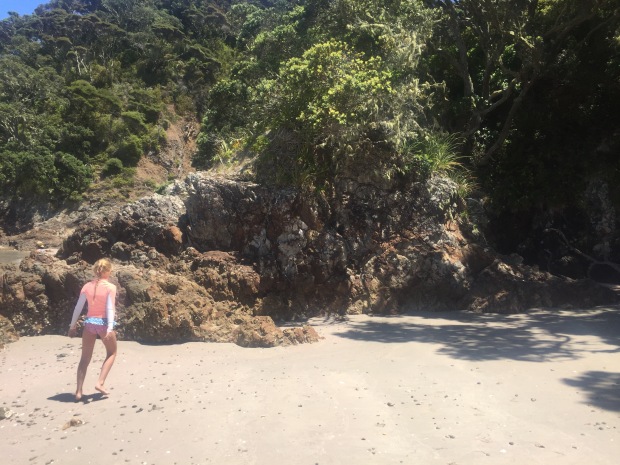 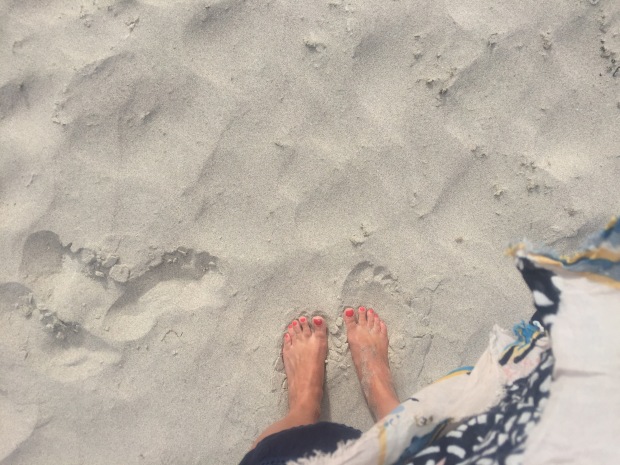 5 thoughts on “Christmas in New Zealand ”